Founder of The Empathy Effect, Kim Smiley, has been on a lifelong journey to bring hope to the hopeless. Working for various nonprofits, offering assistance to those in need, she has learned one important lesson: empathy is the answer. With that, she began The Empathy Effect, a powerful social movement to bring awareness through storytelling. It serves as a means for us to better know one another and ourselves, reminding us of our shared humanity, no matter how painful or beautiful the circumstances. In a world that often seems dark, these stories prove to us that the good remains.

Tell us about your background: When I was three, my parents embarked on a yearlong exodus across eight countries in Asia. This trip changed the trajectory of my life.

After graduate school, I received a post-graduate fellowship to study in Japan, where I completed an ethnography about the rise of the hostess industry, and the decline of the geisha tradition. Later, I pursued an internship in photojournalism in Boston with a critically-acclaimed American photojournalist. 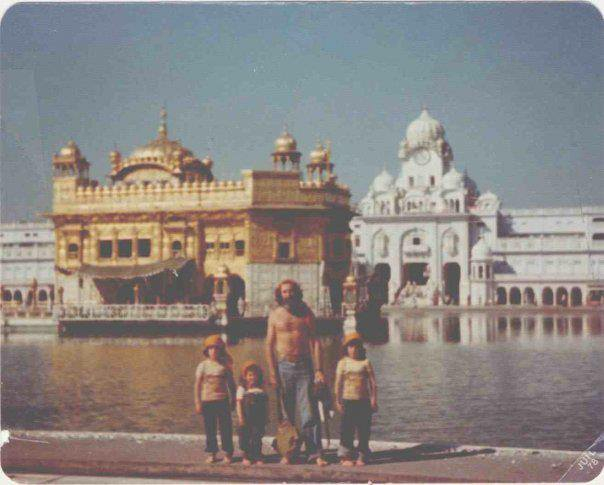 I ultimately switched career gears, from academia to photojournalism to nonprofit. For thirteen years, I worked in the nonprofit sector, enriching the lives of vulnerable populations, including individuals living in poverty and homelessness; people struggling with addiction and mental illness; women fleeing domestic abuse; and the unemployed and working poor.

One year ago, I left my full-time work in the philanthropic sector to pursue my dream of being a full-time artist, social entrepreneur and writer. I divide my time between my company, Sappho by Kim Smiley, a fashion social enterprise that trains and employs marginalized women, pays a fair trade wage, and helps raise money and awareness for charity (kimsmiley.com). The remainder of my time is devoted to a labour of love I called The Empathy Effect. It’s a 365-day social experiment to test whether empathy is infectious. I’m still in awe of the nerve it has struck internationally online, galvanizing over 90,000 followers in over 300 days.

The response has been so encouraging that I feel we simply can’t stop the momentum after 365 days. We will be launching the next phase of The Empathy Effect before the year is up. Stay tuned…

What is the inspiration behind The Empathy Effect? In my career in the nonprofit sector, I worked with people who were struggling with extraordinary financial, emotional, physical and spiritual vulnerability. I also had the opportunity to work with philanthropists and volunteers, individuals dedicating their lives to helping to give others a “hand up.” This gave me an opportunity to crystallize my belief that, despite all the pain and suffering that surrounds us, the world is essentially good. At heart, people want to heal the fractures and inequalities that exist in the world, within us and between.

When I look back on the last three decades, despite so much press about The Bystander Effect, I invariably draw the same conclusion: empathy is the answer.

What do you hope to achieve by telling these stories? Initially, I was simply conducting a social experiment to test a hypothesis: is empathy infectious? I long held the hypothesis to be true, and sought to use a universal platform to test whether my presupposition had resonance outside my mind. One of the reasons I wanted to conduct this experiment on social media, specifically on Facebook, aside from the obvious universal reach, was because although these platforms keep us connected, they also serve to disconnect us by being notoriously self-focused, critical and judgmental.

What started as a social experiment turned more into a motivational movement. My goal from the start was to engender empathy in the reader, not just passively but actively.

I post early in the morning six days out of seven. My followers have shared that reading The Empathy Effect is the first thing they do when they wake up is. It frames their day, allowing them to see through a lens that sides with the better angels of people’s natures.

Mothers have told me that it is shifting the way they parent. Instead of asking their kids: how was your day? They now ask: what did you do for someone else today?

Because people are actively looking for the good, looking for the empathy, they see it more than people who have their heads buried in the sand or in their smart phones. We see what we believe exists.

How do you come to know these people and learn their stories? I conceived of The Empathy Effect 5 years before I started the project. For half a decade, I created a repository of stories in the Rolodex of my mind. Whenever I came across a person or animal that confirmed my hypothesis about empathy – I said to myself: you must find the time to do this. It is ambitious. Maybe even a little crazy. Six days of content a week is a major commitment. I had a full-time job and then started my own social enterprise in the time I first thought of the idea to launch it. But I waited. I was too distracted by other commitments. But like all passions, The Empathy Effect gnawed at me until I relented. I felt like I had an obligation to share these stories, especially because we live in such tumultuous times, in a world overrun by poverty and hate. I believed a counterforce was desperately needed.

In the first month or so, I began to hear stories from my readers. They are active participants and partners in The Empathy Effect. They help shape the content I write about.

I also created “The Confederacy of Dreamers,” a constellation of writers, thinkers, artists, photographers and change makers who share powerful stories from “empathy satellites” around the world. I try to feature a writer from The Confederacy at least once a week.

How does building greater emotional integrity and awareness serve us as a global community? We live in a world that is hyper-connected technologically, but progressively disconnected emotionally, interpersonally and spiritually.

The Empathy Effect is a wake up call to bridge the abyss, to explore and honour our shared humanity and interconnectivity.

How can we use empathy as a tool for a greater sense of self and concern for others? The Empathy Effect is committed to a basic principle. It’s a promise to practice the Golden Rule; a vow to do unto others as you would have them do unto you.

I believe if you don’t cultivate compassion for yourself, you can’t have deep, authentic empathy for others.

What is the overall mission of The Empathy Effect? At the end of the experiment (June 2016), we will be presenting an award to story featured on The Empathy Effect that inspired the most “likes,” “shares” and comments. A $5,000 cash prize, the award will be applied to a project, a dream or a social revolution – something that transmits more empathy into the world. The winner will have to mobilize their prize through a registered charity.

The goal of the next phase of The Empathy Effect will be to translate the easy optimism of online empathy (just a click away) into actual empathy in real space and time. 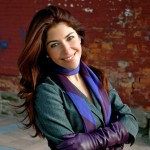 Kim Smiley is an artist, writer and social entrepreneur. She is the Founder of The Empathy Effect, and the creative force behind Sappho by Kim Smiley, a social enterprise that promotes beauty for the public good. Through the creation of wearable works of art, Kim redirects a percentage of proceeds to charities around the world; and generates training and employment opportunities for marginalized women at a living wage. Sapphô is also a vehicle to spread the love of poetry.

Over the last 15 years, Kim has worked with some of the most empathetic individuals in some of the most compassionate charitable organizations in the world. Kim is a graduate of McGill and Harvard University.

Slip into the perfect summer sandal.