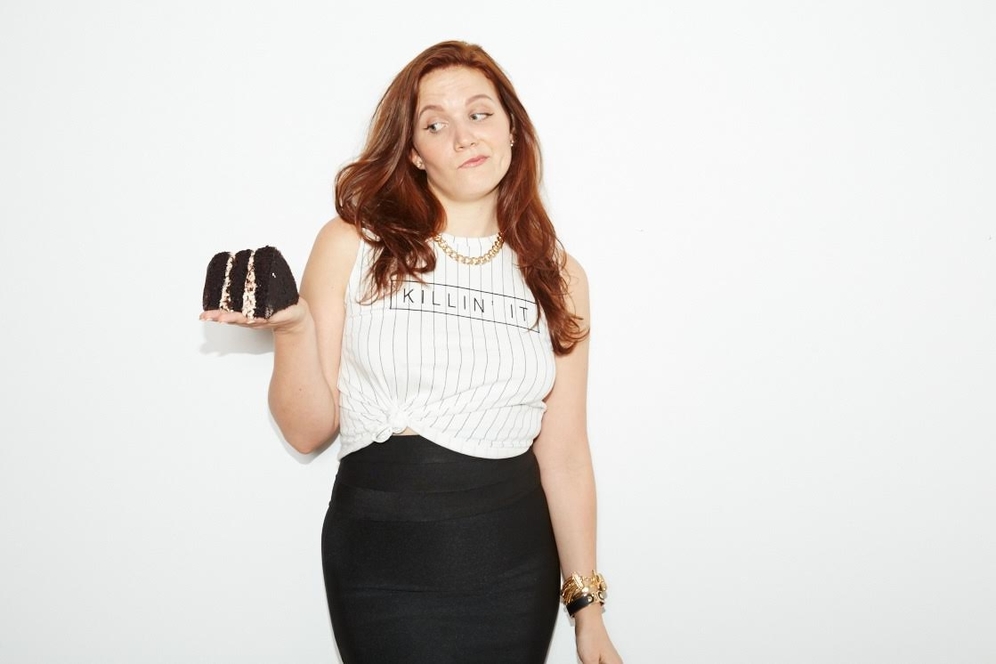 Here’s the thing about the diet-binge cycle that nobody talks about…it’s not dieting, in a vacuum, that triggers it.

It’s wanting to control your weight,

that triggers the dieting (in various forms),

Every time I ask a client, “why is it so scary to let go of controlling your food?” the answer is invariably,

Fear of weight gain controls us.

Fear of weight gain backs us up against a wall and says “you don’t have a choice in this matter,”

Get thin or die.

When you let yourself be controlled by your fear of gaining weight,

because you believe the walls will cave in around you or the Earth will burst into flames if you do,

that’s when the cycle begins.

that’s when you can not help but to judge every bite of food you feed yourself,

that’s when you can not help but to obsess about your food,

that’s when you feel like you don’t have a choice but to restrict,

because you believe your survival depends on it.

And then it’s just a matter of time…

before you can’t fight any longer.…

before you’re on autopilot — lunging for that jar of peanut butter,

because you just need some R.E.L.I.E.F.

The pressure is too much; it’s too heavy to bear.

When you’re only okay with yourself at a certain weight, it’s like you’re handing food a baseball bat and saying:

“You have the power to make or break me, show me who’s boss.”

Emotional Eating is the almost certain outcome of hating your body.

Is body acceptance something you are willing to work on? What are you willing to let go of, to get to the other side?

Isabel Foxen Duke is the Creator of Stop Fighting Food — a free video training series for women who want to “stop feeling crazy around food” (and stop binge-eating, emotional eating, and other compulsive food behaviors in the process). You can sign up for her free video training series at www.stopfightingfood.com, and her blog, “How to Not Eat Cake… really fast, standing up, when nobody’s looking,” can be found at www.isabelfoxenduke.com.

Driving by, you’d probably miss it… and even if you did see the sign on Coast Highway, you’d never begin to imagine just how magical and magnificent The Ranch at Laguna Beach property is.