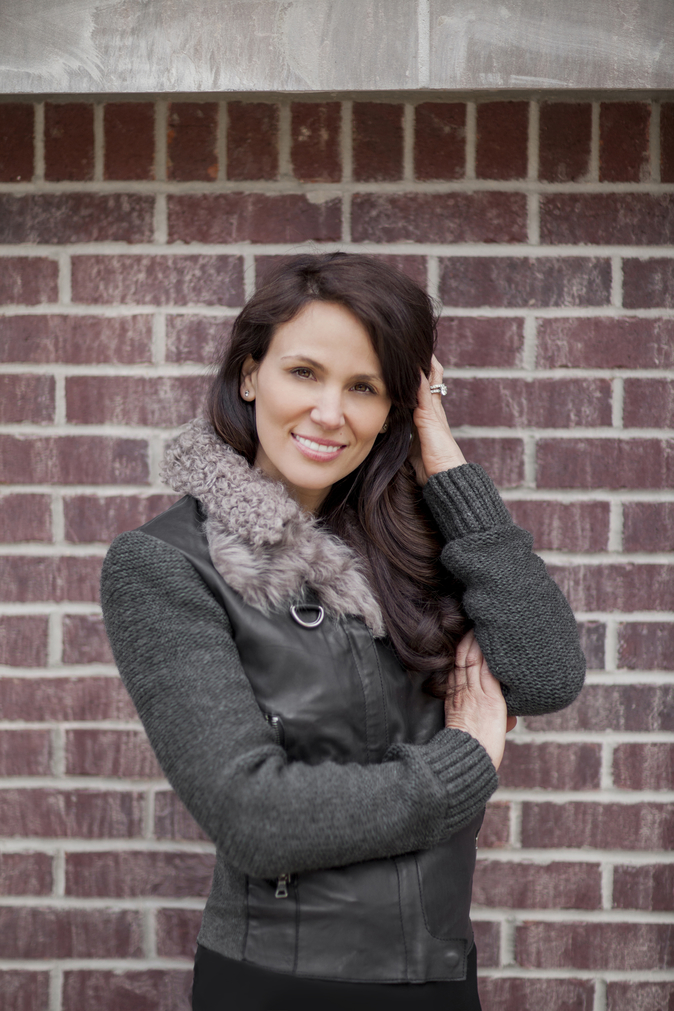 Parenting is hard. Step-parenting is even more difficult. Stepmothers especially face the most pressured and often confusing role in this new kind of normal. Thankfully, with the right support such as Social Stepmom, an online stepmom community created by Sarah Paterson, women can find the resources and encouragement necessary to not only love, but to thrive in their new roles. Sarah Paterson offers her own perspective and valuable advice on navigating the step-parenting journey.

Tell us about yourself; what is your background? What is the inspiration behind The Social Stepmom? What motivated you to begin an online social space for stepmoms and blended families? I am a Toronto-based mom, stepmom and entrepreneur. My husband and I have two daughters under the age of four and I have also been a stepmom for six years to five of my husband’s other children (three girls and two boys, ages 7, 11, 13, 18 and 20) from two different moms. I was born and raised in Sudbury, Ontario (four hours north of Toronto) and I am a child of divorced parents. From a young age, I was vocationally focused and began computer programming from the age of 15. I obtained an Information Technology Diploma from Cambrian College in 2000 and immediately set out to conquer Bay Street (Canada’s Wall Street) landing my first job at Yorkton Securities, then Canada’s leading Technology Investment Bank. When the tech bubble burst a year later, I rechanneled my entrepreneurial energies into a career in residential real estate sales. After years of experiencing the joys (there are some!) and the challenges associated with being a stepmom, I decided to launch Social Stepmom in April 2017 with a view to sharing my experiences on how to best stepmother and remain sane. At the same time, I have invited and encouraged all of those in this massive community to chime in and engage with thoughts, ideas, wisdom and even, if appropriate, get-it-off-your-chest complaints. The stepmom community is amazing and growing every day. I realized that the best therapy for women in this role is talking to other stepmoms. Social Stepmom wants to bring stepmoms together from all over the world.

Even though there has been a sharp increase in the prevalence of stepfamilies, do you believe that stepmoms still face a kind of social stigma? If so, how can the stigma be combated or “normalized”? Unfortunately, even with the increase in stepfamilies forming, the social stigma still exists today. There are more resources out there for stepmoms which is amazing, but society still looks at stepmoms in a negative way. In order to combat the stigma, we need to have more conversations about the benefits and joys of stepfamily life. Simple things such as adding “stepmom” or “stepdad” to school communication forms or having the discussion at school with the children about their “parents”. These days so many children have stepparents, adoptive/foster parents, LGBTQ parents, or no parents at all. Children need to feel that they are not outliers in their classrooms. Social Stepmom wants to start these conversations.

What special issues or concerns do you believe stepmoms face, but often affect stepfathers less? Definitely the stigma. When stepdads bring their stepkids to activities, they are looked at as heroes. Society sees them ‘stepping up’ to take care of children that aren’t theirs. For stepmoms, it’s quite the opposite. When a stepmom takes their stepkid to an activity, they are seen as “overstepping boundaries” or trying to replace mom. And if stepmoms don’t do these things, society believes that they don’t care about their stepkids. It’s a very difficult balance that stepmoms face. Stepmoms also tend to be more disliked by stepchildren because of the bond that children have with their mother. Some stepchildren treat their stepmoms with disrespect because of loyalty binds. They feel that if they are nice to their stepmom, they are hurting their biological mom.

What is the unique role of a stepmom, and how does she begin navigating her new territory and role? How does this differ for each individual and each family? Stepmoms tend to take on a motherly role with their stepchildren because of their innate maternal instincts. The stepmom takes care of them, brings them to school and does the housework, but is expected to remain more distant than a biological mom. In the beginning, it is important that she sets the tone to insist on courtesy and respect from the stepchildren. If this isn’t done early on, it becomes very difficult to make positive changes as the years go by. The dad should also set this tone with his children and family members. He should make clear to everyone that his children are his first responsibility but his new partner is his priority (crediting Jenna Korf with this view) and should be treated as such. A big mistake that often happens with stepfamilies is the husband and wife assuming everyone will be as happy as they are with their new relationship. Each family is different – some stepmoms come in after the biological mom has passed away and others come in after a bitter divorce. Each couple should discuss their unique situation and plan on how to best navigate the blending of their families. Social Stepmom has certified stepfamily coaches that can work with newly formed families to ensure that they get all the help they need.

What’s the single most important thing you believe a stepmother should focus on at the beginning stages? THE most important thing for a new stepmom is to have a discussion with their spouse about her role. Set expectations early on. Make sure your spouse is clear on how you see your role in his children’s lives, and find out how he views you as a stepparent. You should also discuss how you will make your relationship a priority. Having this conversation early on is critical in remarriages with children. Move slowly when forming a bond with your stepchildren. Do not come in and start disciplining them (if you discipline them at all) right away. Get to know your new family and make time for each of them. Each child will be different so there is no set steps, except for taking the steps to learn what works.

Do you have advice for the woman with no kids of her own, who suddenly enters a marriage and parenting full-time? When I first met my husband, I didn’t have any children and I was thrown right into it. My husband works all the time so I ended up with the parenting role. It is a tough one and I advise against it. Your heart might be in the right place but the children might not see it that way. You need to ensure that the children are safe first and foremost, but the disciplining can get you into trouble. I am not saying let them eat cake for dinner, but try to be a friend or maybe think about how you would care for a friend’s children or nieces or nephews. Once your family has defined your role and everyone is ok with understanding what that is (for example you will be putting kids to bed at their bedtimes), you want everyone to know that Dad is supportive of this. Then things will hopefully run smoother. In the meantime, Social Stepmom is here to help.

Why is stepmother burnout so prevalent? How can it be prevented? Stepmothers go above and beyond to try gain respect and win over their stepchildren and other family members. Due to the stigma around second wives and wicked stepmothers, I believe that we have to work harder to prove our worth. This can go on for years! Seasoned stepmoms have learned that to prevent burnout, you must take care of yourself first. A lot of the time stepmoms will put their own hobbies and interests on hold to cater to their newly formed stepfamily. Stepmoms should learn to say NO and to create boundaries around what is expected of them. Having a conversation with the husband (Dad) early in the relationship is key to ensure understanding of what you will and won’t do when it comes to the stepkids. Most importantly, stepmoms should not feel guilty about saying no!

How can stepmoms support one another – not only enjoying, but truly loving and thriving in their new roles? How can they hold onto themselves – personally and professionally, as women – while entering this new “instant family” stage? Stepmoms should focus on themselves and their marriage first. Oftentimes Stepmoms get obsessed with the ex-wife, attending events, etc. In order to thrive and love being a stepmom, women need to let their husbands deal with the issues that exist because of their first marriages. It’s easier said than done. That is why stepmom support is critical. Stepmoms having other stepmoms to meet up with to chat and support one another is vital to their happiness. As mentioned, Social Stepmom exists to assist stepmoms in dealing with these challenges and becoming happy in their lives.

Expert astrologers Rachel Lang and Gina Piccalo help guide us into 2019 with the ideal mantra for each sign.