Todd Carmichael, CEO and founder of Philadelphia, PA-based La Colombe, one of the world’s premier coffee roaster and boutique cafes, talks with us about how he first discovered his love for coffee, the methods behind the making of his brand, and what the future of coffee entails.

Tell us about your background; how did you become involved and infatuated with the world of coffee? I was just a farm boy living in Washington when I discovered my love for coffee. At the time I was working in Seattle, employed by a small roastery know now as Starbucks. From there it didn’t take long to realize that coffee was going to be the vehicle that could take me around the world. It could take me away from working for other people. It could turn me into that entrepreneur that I want to be.

La Colombe is a brand that has reinvented the market. What sets La Colombe apart in terms of methods, standards, and overall process? What sets our company apart from the others is that we keep both innovation and people at the very center of our being – we are a human relationship tech company in truth with an eye for ingredients. If you dig inside La Colombe you’ll find people committed to a simple formula; true ingredients, plus innovation, plus the human element = disruption. Few respect all three.

It’s often said that coffee is actually made three times; first by the farmers who grow it, second by those who roast it, and third by those who brew it. What makes for “good” coffee – from where it’s found, how it’s processed, and how its brewed? Y.E.S., all of the above… and maybe a few other things.

Describe the technical aspects of coffee brewing; would you say it’s a science or an art – or both, perhaps? It’s neither a science or art, it’s a craft. Craft, to us, means you need to include both science and artistry.

The science aspect is that you are dissolving matter into a solvent – water. The art piece is taking that solvent and making people happy with it. It’s a feeling. 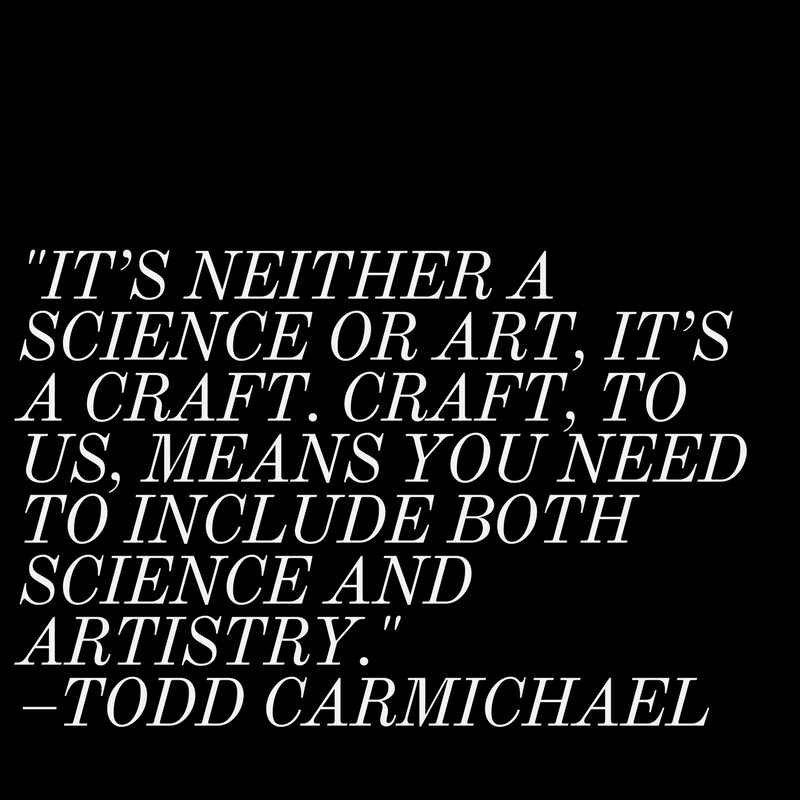 What is the coffee industry lacking in terms of transparency and authenticity; and what is it getting right? What have you learned from working with growers direct, and what has this opened your mind to within the industry? The coffee industry is lacking coordination and cooperating with the US government, whom, under this administration, walked away from the International Coffee Agreement (ICA). The ICA supports sustainability within the industry. So in short, coffee needs a better White House.

Your favorite coffee variety, and why? The crown prince of all varietals is the Green Tip Geisha. Originated from the Gesha forests in Dima, Ethiopia, it made its way around the world and found its home in the volcanic mountains of Panama near Boquete.

For someone who doesn’t believe they like coffee, how can you change their mind? If you are under the impression you may not like coffee, it’s because you haven’t found your coffee yet – most likely.

Any exciting new advancements, products, or pursuits your most excited about for the brand? Aside for the Draft Latte? I am working on something new and exciting. It can’t be described, it really has to be tasted.

Images courtesy of the brand.

Female empowerment coach, Emily Dean, on the power of love.