ASK ME with Megan Weks

My best friend went home for Thanksgiving with a friend from work. A younger man. She was his boss. They never looked back. They are married and have a beautiful baby boy now.

Sometimes you just know when you know. Here’s the thing, however. Shelley is a “natural” at love. She always was and always will be. She has an incredible ability to be true to herself, always remaining vulnerable and open hearted. Men have always stuck to her like glue for the same reasons. What makes a natural at love VS someone who is not one is usually based on the family one grows up in and the examples of love experienced. I can tell you right now that I was far from a natural at love. I learned the skills and that’s why it’s now my duty and mission to share them with other women so they can attract a powerfully, loving, and long lasting relationship with a partner they are crazy for.

When a relationship is new it can be extremely tempting to fall into that cozy place of comfort. Nobody truly likes the rigamarole and the formalities of the dating process, right? Everyone seems to want to cozy up on the couch as soon as possible and get into the comfort of the relationships stage. If you haven’t had the stability and comfort of a relationship in some time and you feel the drive to push things forward due to your needs, it’s a sign to slow it down. Don’t allow the holidays to push things further along than they are organically at the time. If this is something that’s being built to last, there will be another set of holidays coming around the bend next year.

Everyone has their own love story, therefore it’s not easy to read an article that tells you exactly what to do in your specific relationship situation. I can however share some insight into when not to push things ahead toward seriousness because the holidays have arrived.

One big thing to look out for when planning things with him is if you are driving the relationship. Although a man may be excited about the new relationship and you’re experiencing a lot of “future talk,” it’s not a sign that it’s okay for you to start acting on his future talk. Remain still and watch for him to start creating the “future actions.” Future “actions” are very different from “future” talk. What I see in my practice is that his excited words can get the new relationship into trouble. I’ve seen this so much that in my community, “The Manfunnel,” we’ve coined this as “Excited Man Babble.” Now that does not mean that the babble is untrue. It is usually the case that the man is expressing excitement based on the relationship potential he sees in the given moment. When we hear the babble we often know in our gut that it’s a bit too soon for him to be making certain plans or proclamations about the relationship. However at some point his excited words start to win us over. They begin to raise the level of our own excitement and hope toward the relationship.

What happens next is the damaging part. It not only raises our excitement but it raises our expectations. When a man is excited and babbling future talk it does not mean he is ready to take future related actions like spending the holiday with you. When we start to take the reins and drive the relationship because we felt it was the right time based on certain things he may have said, this is where I see women falling into a big early relationship pitfall. In addition, if he is backing away around the holiday time, do not step in to pick up the ball. Allow some space for him to celebrate with his loved ones. Trust that he knows when the right time will be to incorporate you into his family.

Driving the relationship can look like introducing him to your family and friends before he has initiated similar introductions. It can look like introducing him to your kids before you’re certain the relationship is heading to permeance. It can look like suggesting and planning things the majority of the time. It can simply show up as a certain energy you’re giving off that you have early expectations that he is now feeling pressure to fill. When he catches wind that you have an agenda, it can put a tail-spin on the relationship. What I want you to do instead is to take the early future talk with a grain of salt. Sit back and allow the relationship to unfold at his pace. Don’t get caught up in what you “should” be doing together over the holidays. Allow things to organically unfold. Lean back and allow him to come toward you and to drive the relationship home for the holidays… when it’s time. 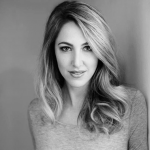 Megan Weks is an international dating and relationship expert who specializes in helping women get the admiration they deserve from men, and to keep it. She is a certified specialist in her field, but one of her biggest credentials is her personal story.  Living in New York City for over a decade, Megan has had the opportunity to meet and date many different men.  Through working with a relationship guru, she literally changed from crumb-picking and obsessing over men who didn’t deserve her, to being called a “man whisperer” who men (including her now-husband) would never leave. Megan’s career is devoted to helping women who struggle with the men in their lives, to turn it all around and keep the men they desire. Megan coaches individual women in intense programs with her proven Lean Back for Love System and principles. She also runs a private online woman’s discussion group where women are supported with these principles. You can connect with her on her website www.meganweks.com. LVBX readers are also eligible to receive a complimentary feminine energy mini-session. Reach out to her on Twitter or Facebook, and subscribe to her LVBX LIVE videos and join her Facebook group The Sovereign Jewel Sisterhood.

Megan’s Philosophy: Lean Back (definition) – The posture of a fully self-actualized woman, which allows men and their energies to flow toward her.  She is focused on herself and her life as an individual, in preparation and willingness to receive her greatest love in return.

Ask Me with Megan WeksMegan Weks