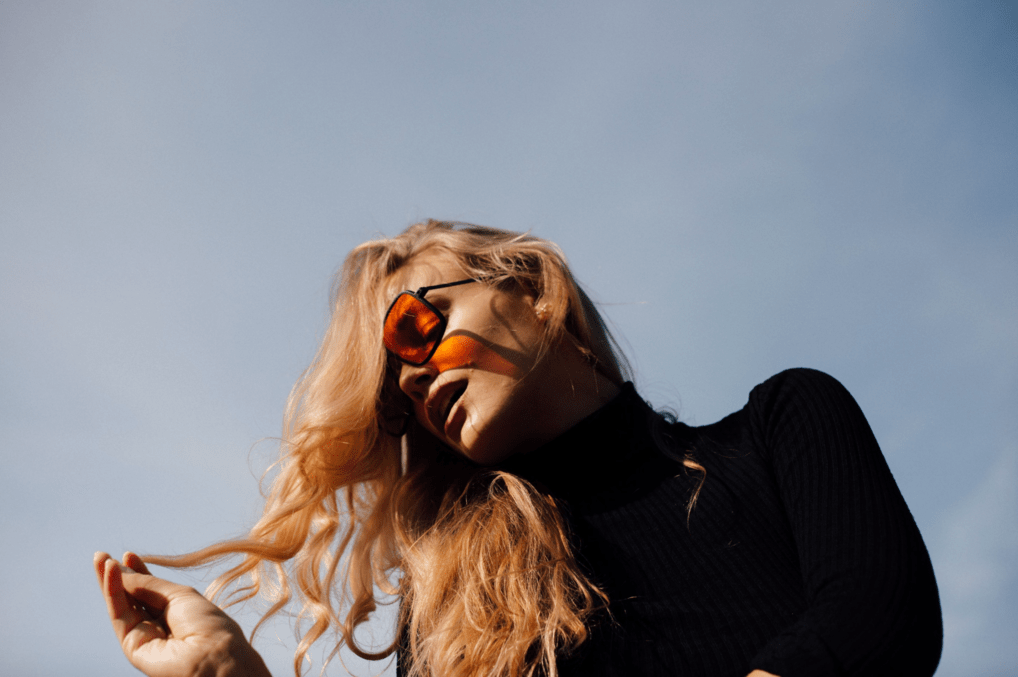 Have you ever turned down a job opportunity, because you feared you weren’t good enough or you’d miraculously get hired and then soon after get fired once they realized that you couldn’t cut the mustard? I’m sorry to say that I have, but I’m also thrilled to admit that as I’ve gotten older, I’ve reached a point where I just don’t care anymore. It’s not that I don’t care, in general. I genuinely care about a lot of things, maybe too many things. As much as I’d like to say that I’ve never cared what people think of me, I think I must have to some extent; otherwise, I would have risked failure more often and not taken the safe route so many times.

I recently decided to take a stand-up comedy class. I’ve been making people laugh for years (I have witnesses!), but when people would say, “You should do stand-up comedy,” I’d say, “That sounds terrible!” As much as I would have loved to at least try it once, I was way too scared. But then I got older, got married, inherited a child, moved to Orange County and missed my previously creative career in Los Angeles and elsewhere. So, I finally said, “Why not try stand-up comedy? What’s the worst that could happen?”

I ended up taking a six-week class knowing that I would need to perform my routine in a showcase at the end of the six weeks. At first, I didn’t invite anyone, not even my husband. I didn’t want to be responsible for dragging people down to San Juan Capistrano and watching what I thought could likely be a terrible evening lacking laughter and any entertainment value. After much convincing from my instructor, I ended up inviting some friends and family members – but only ones I thought would be supportive either way. You know what? It was a super fun night and though I was nervous about remembering the 10-ish minute monologue leading up to the emcee announcing my name, when I was on stage, I was having a blast. Once I finished, I thought “Yes! I did it. Now, I can check it off my list of things to do before I die.” (I tend to avoid using the term “bucket list” – not for any reason, other than I think it’s kind of silly. Sorry!) I felt a huge sense of relief when I was done, because I could forget what I had memorized and remove it from my brain. What would I try next? I try my best to do something extra, besides work and family life, to widen my horizons, spread my wings and meet new people. I was looking into getting more involved with my community, and then, a couple days later, I was asked to perform comedy at another venue. I was afraid if I said “no,” I would regret it. So, I said “yes!” And this was actually a paid gig. It certainly didn’t pay a lot, but it did pay. I did that one with real stand-up comedians performing before and after me. I wasn’t feeling super confident after my performance. I didn’t mess up or anything. It was fine, but I just didn’t feel super positive about it. After that show, one of the comedians asked me to perform at the Irvine Improv a couple weeks later. I’m sorry. What? That’s a big venue! Well-known hilarious comics perform there. In the past, I may have said “no,” but this time, I said “yes.” That performance is coming up in a few weeks. After that one, I can truly check stand-up comedy off my list. I am very excited. Yes, a bit nervous, but I think it will be fun. And again, what’s the worst that can happen? I get booed off stage? Whatever. I have a thick skin. I can take it.

This is all just a long way of saying, “Who cares?” If you want to try something, but you’re afraid, just do it! Sounds like a Nike ad, but seriously… try it! You may suck at it or you may be great, but none of that matters. You’ll be able to conquer your fears and say “Yeah, I did that!” (If it’s dangerous though, you’re on your own! I hope nothing bad will happen, but I’m not responsible if it does.”) So, what are YOU going to try? I would love to hear all about it. We only have one chance to live this life and we truly never know when it will end, so get to it. Time’s a wastin’! Don’t just exist. Go LIVE! Why wouldn’t you?

If you’d like to see Lynda Halligan’s stand-up comedy performance at the Irvine Improv, it’s set for Wednesday, March 6, 2019. Doors open at 7 p.m. The show starts at 8 p.m. 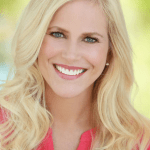 Lynda Halligan has been working professionally in entertainment and broadcasting for 25 years. Though born and raised in Los Angeles, Lynda’s journalism career has taken her to 49 states in the country as an anchor, reporter, writer and producer at CBS, NBC, ABC and FOX affiliate stations. On the national level, she was a host on QVC and Fuse, and spent over two years hosting, writing and producing “Hollywood’s Top Ten” on ReelzChannel, which continues to air all over the world. In addition to being an international infomercial host, she has also hosted “The Morning Blend” on FOX in Southwest Florida and a DIY show called “Paint It Forward.” Her producing and writing credits include “Good Day LA,” the “FOX 11 Morning News” and “Yahoo! Buzz.” Lynda is also a seasoned spokesperson and voiceover artist for companies, such as Disney and Melaleuca, and has even played a newscaster in a number of films.

Lynda graduated from the University of California, Irvine and attended UCLA Extension for Broadcast Journalism. After settling in Laguna Beach, California with her husband and step-son a few years ago, she accepted a position exercising her news anchor skills as the Director of Communications and Public Affairs for the Association of Orange County Deputy Sheriffs. She quickly became an active member of the community volunteering with the Orange County Registrar of Voters during the 2016 presidential election and being appointed by the Laguna Beach City Council to serve on the city’s Emergency/Disaster Preparedness Committee. She is a certified CERT (Community Emergency Response Team) member, on the executive staff of the Orange County Sheriff’s Museum & Education Center, and is a current member of the National Press Photographers Association (NPPA), California Association of Public Information Officials (CAPIO), Public Relations Society of America (PRSA) and Orange County Public Relations Society of America (OCPRSA). As a former radio disc jockey, she has lent her voice to Laguna’s FM station, KX 93.5, contributing weekly segments “Halligan’s Hollywood” and “Top 5 on KX 93.5.”

One of the things Lynda is most passionate about is her business, Halligan Entertainment & Media. To learn more about Lynda Halligan, check out her website, HalliganEntertainment.com, or find her on Facebook at www.facebook.com/HalliganEntertainment/. You can also send her story ideas. She would love to hear from you.

Because it’s all about the details.